Celebrate your stag do in Chester, the home of millionaire footballers, gorgeous soap stars and diverse nightlife from cosy pubs to banging clubs.

20% deposit & free cancellation on many activities!

Why is Chester Good for a Stag Do?

Home to millionaire footballers, businessmen and sexy soap stars, Chester is a sophisticated but fun-loving city, sure to give the groom-to-be the legendary last weekend of freedom he deserves with a massive range of activities to suit every group, from thrill seekers to party goers.

This city is steeped in history being the only one in the UK with totally intact Roman walls as well as being home to the oldest sporting venue that’s still operating, Chester Racecourse. If you’re a group of history buffs, take a stroll around and see which historic gems you spot. You might be interested to hear that the city’s home to the best surviving Grade I listed Roman fortress wall in Northern Europe. But don’t make the mistake of thinking that a Chester stag do would be old-fashioned come nightfall!

The nightlife here is some of the UK’s best with a massive range of watering holes, from traditional boozers on the River Dee to banging nightclubs that are open ‘til the early hours, guaranteed to give the groom-to-be the send-off of his dreams! Did we mention that James Bond himself, Daniel Craig was born here? If it’s a cool enough place for 007 to spend time, we’re sure you’re bound to have one hell of a stag do in Chester!

Looking for Stag Do Ideas in Chester?

There’s much to do in this sophisticated but super fun party city and we’ve got loads of fun-filled activities that’ll help your stag weekend in Chester go off with a bang!

Daytime Stag Do Ideas in Chester

Why not make that bang an audible one and unleash your competitive sides with a bit of clay pigeon shooting? This quintessentially British countryside sport is addictively fun as you learn how to fire at and shatter a bunch of clays flying through the air. Show off your sharp shooting skills as the qualified instructors show you how to destroy 30 clays each with a 12 bore over and under shotgun. What better way to inject some friendly competitive into your Chester stag do? If that’s your thing, you can also try bubble football, where you’ll play five-a-side in one-man zorbs, or footdarts, where you’ll kick a Velcro ball at a giant dart board. Forfeits for the losers!

Recover from an activity-packed day and line those stomachs for a big night ahead with a slap-up meal at one of the many restaurants in town. How about a two-course meal and a beer at Las Iguanas in Pepper Street? Good food, good drink and good times; what more could you want during your last weekend of freedom? You could even pair this with a gin tasting or cocktail making masterclass. A professional mixologist will teach you all about these tasty drinks before showing you how to mix, muddle, shake and stir your very own cocktails. Did we mention that you’ll also play some hilarious games and get to drink everything you make? And that’s just the tip of the iceberg…

Getting Around During Your Stag Do in Chester

Your Chester stag do shouldn’t be too tricky to get to. This northwest English city is well connected by motorways and trains from most major cities in the country. It’s around a four-hour drive or two-hour train ride from London, around a 40-minute drive from Liverpool and 55 minutes from Manchester. Chester’s compact and easy to explore by foot once you’re there. Plus, there are excellent bus and taxi services that’ll get you around easily on your last weekend of freedom.

Take advantage of the epic acres of countryside surrounding city on your Chester stag do with a blood-pumping activity all the boys will love!

Quad Biking - Quad biking sees you trek for six fast and furious miles as you take on mounds, hills and a made-man sand dune as well as splashing through loads of muddy puddles.

Bubble Football - Do you and the lads love a kickabout? Make things that bit more memorable (and seriously funny) with bubble football, the energetic version of the beautiful game played inside one-man zorbs! There’s a brilliant twist when it comes to tackling too; you’re not only allowed but encouraged to crash, bash and barge the opposite team out of the way. Anything goes as long as you get that ball!

Battlezone Archery - For a proper stag stitch up, you’ve got to try Battlezone Archery! This quirky activity is a bit like a paintball game with bows and arrows! You’ll be kitted out in safety gear and given full instructions before splitting into teams to do battle. You’ll all be in hysterics as you fire arrows at each other to score points for your team. They have rounded, rubber tips so pack and punch but make sure no one gets impaled! Make things even more fun by targeting the groom-to-be. Just imagine his face! 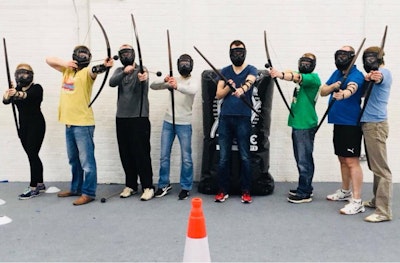 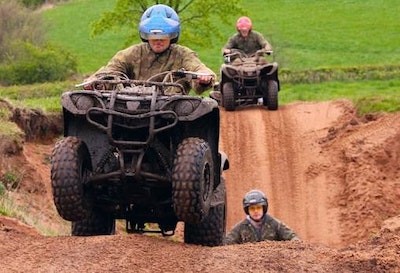 Nude Life Drawing with a Female Model - Why not kick off the laid-back fun with hilarious and light-hearted Chester stag do life drawing where you’ll be tasked with drawing the nude female model stood in front of you? Yep, you read that right. She’s going to be completely naked and it’s your job to draw everything you see before you!

Don’t worry if you can barely sketch a stickman, let alone a woman; a professional art tutor will lead your session, setting you fun drawing tasks and sharing their expert knowledge to help you make a masterpiece. Hear the banter flow as you compare works of art (ahem) and ask the model who’s best captured her curves…if you’re brave enough!

Clay Pigeon Shooting - Blow off some steam with the laid-back yet exciting outdoor sport of clay pigeon shooting. A professional instructor will teach you how to use a 12 bore over and under shotgun and shoot 30 clays. You’ll feel such a rush when you hit your first one!

Cocktail Making - Cocktail making might not be the first thing that came to your mind when you started planning your stag do in Chester but if you’re a fan of decent drinks and fancy an activity that’s interactive and gets everyone a bit merry, this is an awesome choice.

Forget any preconceived ideas about cocktail making just being for groups of girls. Why let the ladies have all the fun? Revolution in Foregate Street serves up a great session that’s jam-packed with samples, snacks and fun games. You’ll learn how to make cocktails and drink everything you make. What’s not to like? 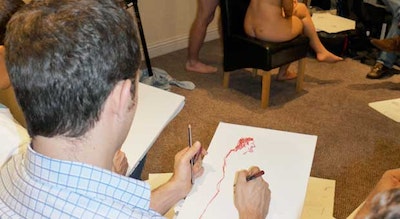 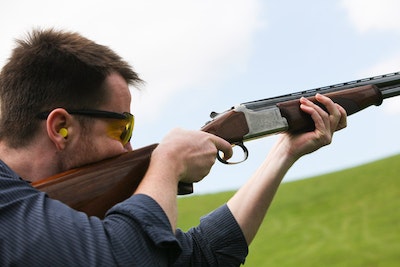 The Best Bars and Pubs in Chester for a Stag Do

There are so many watering holes to explore on a Chester stag weekend but where are they? And which ones are good for stag groups? Let us help you:

This is where you’ll find all your fellow party people celebrating hen and stag do’s and looking to party hard. Visit some of the famous chain bars and finish your night on a high at one of the dance all night clubs.

With loads of laid-back pubs and bars, this is a great place to start your stag celebrations, have a catch up and formulate your plan of attack. You’ll also find some live music venues alongside hidden gems, so why not go on a bar crawl and see what takes your fancy?

If you’re staying outside of the city centre, you’re probably staying around two miles away in Hoole. Getting into the city centre is super easy either by walking or by grabbing a bus or taxi. In this area, you’ll find a top range of classic pubs that are perfect for starting your night out before you hit the town.

The nightlife here is wonderfully eclectic with something for every kind of stag group but here’s a quick rundown of some of the hotspots you might want to visit on your stag do in Chester:

This is one of the most popular clubs in Chester, and a firm fave with students, set over three floors with Popworld on the bottom floor. The Chester institution also boasts top DJs spinning a range of music genres, themed nights, an open-top roof terrace and VIP areas.

This blues and jazz cocktail bar in the heart of the city centre is a real hidden gem. If you’re looking for someone laid-back and cool, Prohibition with its speakeasy-style décor, bespoke drinks and live music is a great option.

Overlooking the canal, this brilliant boozer spans two floors and specialises in quality ale from local brewers and decent pub grub. There’s also a space for music nights and even an art gallery upstairs.

The city’s best sports bar features big screen TVs showing the best of live sport plus snooker, pool, table tennis, darts lanes. If you’re a bunch of sports-mad lads, there’s no better place to get those early beers in on your stag night in Chester.

Fancy a Stag Do in Chester?

If you want to celebrate that last weekend of freedom in style, a stag do in Chester will be right up your street. Browse through our full activity listings now and see what would put smiles on your whole group’s faces.

Fizzbox is simple and reliable

Choose from hundreds of the very best, tried and tested activities, all with genuine reviews.

Message the event host directly to check availability and ask them any questions you have.