HomeBlogWhat is Bubble Football All About?

What is Bubble Football All About?

Crashing and bouncing across the pitch as you collide with your team players only to knock you down. You slide to score but another giant zorb bounces straight into you! This isn’t football as you know it, it’s Bubble Football!

Bubble Football combines zorbing and football to become zorb football. This hilarious twist on the traditional British favourite is full of energy, fun and it is very competitive! If you’re still lost, and this new game just sounds too wacky, then don’t you worry, this is your complete guide to Bubble Football. Here are some of the best places to bounce in a giant zorb and try and compete in a game of footie!

OK, let’s prepare you for a game of Bubble Football! First, you’ll be wearing the zorb! This involves you climbing into a giant blow-up zorb that only leaves your legs free to run. Your arms are left encased in the bubble and yes, balance can become tricky! So let’s see how good you are at playing football when you’re essentially a giant tortoise! Once you’ve become a giant zorb, you’ll have the chance to play football but it’s been made tricky, so you’ll find yourself bouncing and falling as you tackle your opponents. 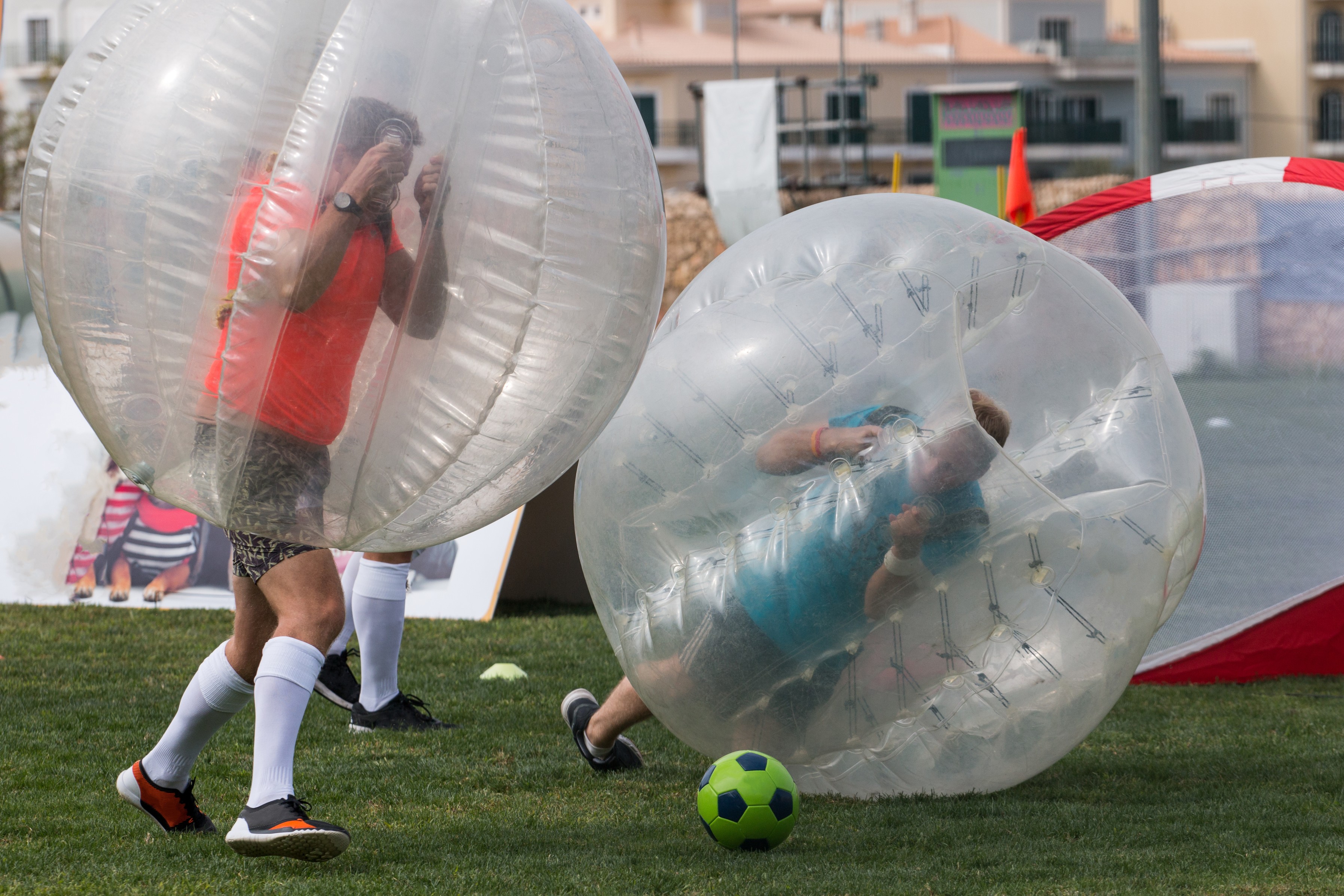 Bubble Football is a hilarious sporting activity that brings loads more humour into your regular kickabout. This brilliant game is perfect for any football fan’s celebration, whether it’s a birthday or stag do in the UK or Europe or just for someone who wants to have a fun day out! Be prepared to tumble, bounce and not take the game too seriously as you’re going to spend most of the game in hysterics! With Fizzbox, you can book Bubble Football across the UK and in many European destinations so wherever you are, be it on holiday or at home, you can gather your football loving friends for a competitive and energetic game of Bubble Football!

Why not book a Bubble Football birthday party? Don’t play ordinary footie on your birthday, make it extra wacky and climb into giant inflatable zorb balls. This hilarious game will soon have you hooked and feeling competitive and, most importantly, wanting to win! You could be celebrating a birthday in the footie loving Northern city of Manchester or maybe even play a game of Bubble Football in Brighton, the top British seaside destination. It doesn’t matter where you’re from or the team you support, Bubble Football will break down those barriers with its sheer wackiness and hilarity! 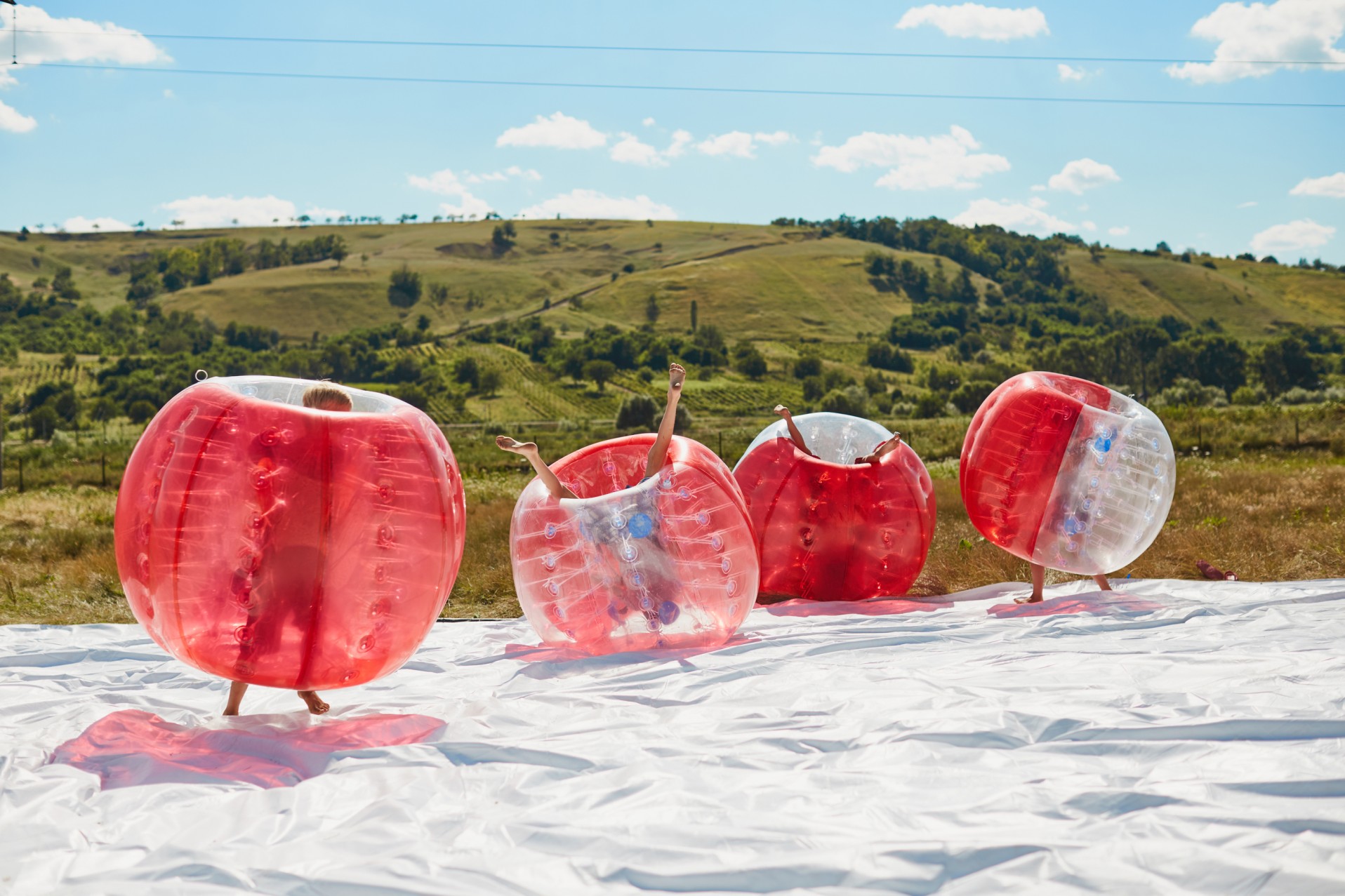 You can even play birthday or stag do Bubble Football abroad in a European city! Why not discover Amsterdam or Prague on a weekend away and play a game in the heart of a new city? What better way to unite the team than with an action-packed game of Bubble Football in Dublin? Swap your ridiculous stag outfits for inflatable balls and have a kick about with a twist during birthday or stag do zorb football. This is a game designed to get you falling about in laughter and to get you competing in a ridiculous and fun way, perfect for a stag do, birthday party or any occasion.

Maybe you’re just looking for a fun day out in London and wanted to add to the football theme after a trip to a stadium? Well you can play Bubble Football but just remember your trainers and sports clothes and you will be ready to play football in a giant zorb.

Bubble Football is also a fantastic team building activity. Why not take your corporate event on a day out to play Bubble Football? You could play zorb football in Liverpool and make the change from suits and get into a football kit with the finishing touches of an inflatable zorb! Slip, slide and bounce in the perfect team activity. Get competitive and fall about in hysterics as you try and play football in a giant zorb with your work team! 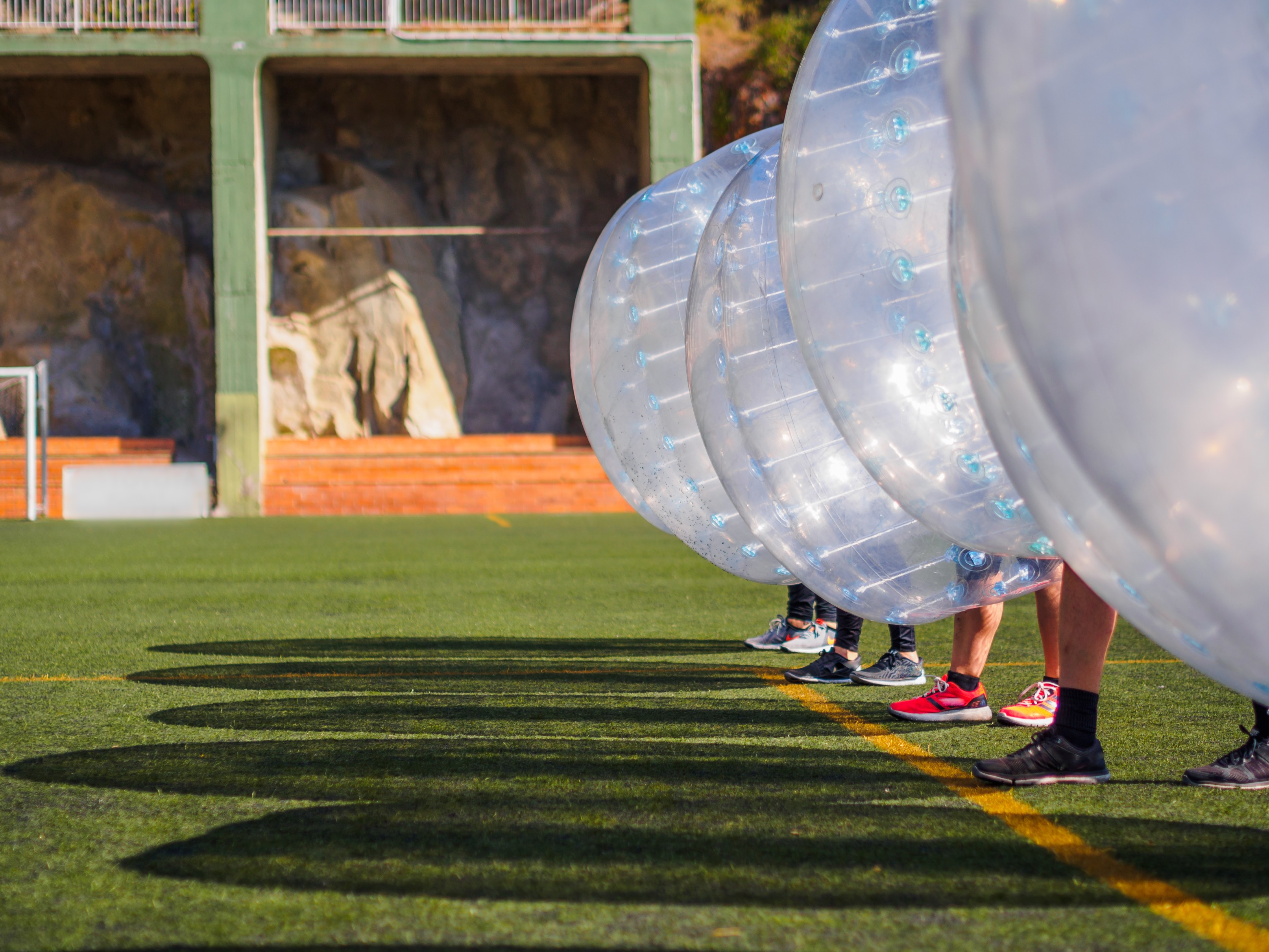 So, why is Bubble Football such a popular activity? The answer is simple; it’s a combination of the nation’s favourite sport and wacky giant inflatable zorbs. It’s a game that has everyone laughing and enjoying getting energetic whilst levelling the playing field as everyone’s regular ball skills are seriously and hilariously impaired!

This alternative footie game has a referee and all the equipment included so you’ll be ready for your one-hour kick about. Get your kit on and climb into the inflatable zorb and then try to play your favourite game. You don’t need to worry about politeness as you’ll just be bouncing about the pitch to score that goal! Get ready for complete carnage as you play football cocooned in a zorb. This is a truly different activity that will get your competitive juices flowing and your adrenalin going. Get your trainers on and ready for a game of Bubble Football!

Check out a full list of where we offer this awesome activity here.