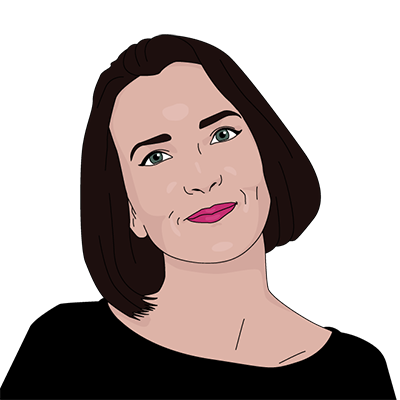 Fizzbox has decided to back Crohn’s & Colitis UK’s ‘Are You IN?’ campaign, because we are passionate about supporting all types of people, with all types of needs.

When I read about Are You IN? on social media, I felt strongly that we should support it, so I talked to our CEO, who was only too happy for us to jump on board. For me, there are both personal and professional reasons for wanting to support the campaign, so I thought I’d step outside of my comfort zone and share these via a blog post…

The Are You IN? campaign is all about empowering companies and their teams to better understand and support people in their workplace who live with invisible conditions and disabilities. One of the key calls to actions is for employers to retain the flexible working conditions they have had in place during the pandemic, rather than reverting to the rigid 9-5 office routine.

For many people with invisible health conditions, the flexibility relating to location and shifts, and the safety that can come with working from home, has been life-changing, with notable trends of improved symptoms, reduced anxiety, and more manageable levels of fatigue.

I’ve been volunteering for Crohn’s & Colitis UK for many years in various capacities and I’m a big supporter of their work. It’s exciting for me on a personal level that this campaign lends itself to my company showing their support!

However, the Are You IN? campaign is not solely geared towards Crohn’s and Colitis patients. It targets the world of work, by asking businesses to take tangible, positive action to create and maintain an inclusive work environment, suitable for all types of people, with all types of needs.

I was diagnosed with Crohn’s Disease at the age of 17 after being sick for a long time. I was emergency hospitalised and spent that whole summer in a very precarious situation. When I finally got diagnosed, there was some relief to have an explanation for how ill I was, but it also felt overwhelming to think that there was no cure, and I would have to cope with the condition for the rest of my life.

It took me some years to accept my diagnosis as being something permanent. I powered on through life, despite the endless pain, symptoms, complex surgeries, and long hospital stays, and did my best not to let the Crohn’s hold me back – sometimes to my detriment.

We know that everyone’s journey with Crohn’s and Colitis is unique. For me, from the time I first got sick at the age of 15, I never entered remission – things just got worse, until I had an emergency total colectomy (removal of my entire colon and formation of a stoma) at the age of 20.

After two years of struggling to adapt to life with a stoma, I had reversal surgery, to create an internal ‘J pouch’ using the remaining parts of my small intestine. After 8 years of ill-health relating to the pouch, I finally settled on a permanent stoma at the age of 30 and had further surgery, including a proctocolectomy (the removal of a few other choice bits and bobs!). It took me a decade to accept my stoma fully, but ever since I made that final decision, I’ve felt liberated and have never regretted it, even for a moment.

This condition is consuming. For me, it meant many long spells in hospital, long periods of time on steroids and other strong drug treatments, high levels of pain, sickness, diarrhoea, debilitating fatigue, horrible side effects, countless major surgeries, and multiple scars – both physical and emotional.

Since my stoma was made permanent, I have less pain and sickness, and much more freedom. This isn’t a sob story! I live a very happy, fulfilled life. These days, it’s mostly scar tissue pain, as well as inflamed joints and muscular issues, problems with my circulation, anaemia, dehydration, stoma blockages, periods of intense fatigue, and a tendency for my immune system to be weak. Alongside this, I carry some heavy emotional trauma and have, at times, suffered from high levels of anxiety.

Invisible conditions such as Crohn’s can be doubly cruel because sufferers often do not look unwell, try very hard to keep a brave face, and power on regardless - so people tend to make assumptions. I see now that there were times when I should have challenged those assumptions, and reached out and asked for help, much sooner than I did.

It’s also worth mentioning that I suffer from endometriosis, another debilitating and painful chronic condition, that has added further layers of complexity to my health struggles over the years.

Both conditions are invisible, but they can be utterly debilitating. As I’ve grown older, I’ve realised that talking about my experiences is vital, so that open dialogue about these and other such conditions is encouraged. There is nothing shameful about being unwell; in fact, living with a long-term health condition can give you superpowers!

As a result of my journey, I have high levels of resilience, tenacity, gratitude, and empathy, all of which have enabled me to be effective in my People role and spurred me on to provide a safe, supportive and inclusive environment for our employees. I know never to underestimate the impact that living with a chronic condition can have on someone. This insight has proved invaluable in my job, and I’m lucky that I now get to help shape the culture and work environment that we provide for our team.

Over the years, I’ve been lucky enough to have generally supportive work environments and managers. I have always been open about having a chronic health condition from day one, or during the recruitment process. However, I’ve never been entirely honest in a work context about how deeply my Crohn’s affects my life, because I’ve not wanted to imply any kind of weakness or be seen as anything less than whole.

When I worked in central London in my 20s and early 30s, I had a long commute and was often anxious for the entire journey, worrying where the next toilet was, or needing desperately to sit down due to symptoms and pains, but being too afraid to ask anyone to move. Even something as simple as carrying a heavy laptop bag to and from the office was a huge challenge and by the time I would get to work, I was already shattered and had to push hard to get through each day.

Long meetings and training sessions have always triggered my anxiety levels, and I’ve noticed that this cause of stress has been entirely removed by attending these virtually since the pandemic forced us to work from home.

A flexible work environment removes the requirement to commute at rush hour every day, gives individuals extra time at home to ease into the day when they’re feeling particularly fatigued, and takes away anxieties relating to lengthy meetings and communal bathroom facilities.

To be able to work from the comfort of your own home and have the freedom to decide when you get your head down to work, and when you get your head down for a nap, is invaluable to someone with a chronic condition. This doesn’t mean that those people are working less hard – quite the opposite! It means that people are working when they’re at their best, and their output will be at optimum level.

The more supportive and nurturing the work environment, the more buy-in and engagement a business will see from individuals who have extra requirements or specific challenges in their life. We have seen this at Fizzbox, and we’re excited to build on this further, as we move towards embracing a fully agile work culture, post-lockdown.

Fizzbox and Are You IN?

I feel deeply passionate about the core objectives of the Are You IN? campaign. I also feel privileged that I’m in a position where I’ve been able to help shape our work culture into an inclusive, safe, and supportive one – and where I have opportunities to try to drive change in the wider business landscape.

Since I launched the Are You IN? campaign to the Fizzbox team, multiple employees have already come forward asking how they can get involved, either because they live with an invisible condition themselves, or because they – like me – recognise that this campaign is relevant and timely.

The world of work has shifted, and businesses will simply have to respond in order to attract and retain employees. We know that there are at least one million people struggling with long Covid symptoms in the UK alone. This is an invisible condition that is sadly going to be part of our dialogue for many years to come, and businesses will need to find creative ways to support those who are grappling with these debilitating symptoms.

At Fizzbox, my CEO has been nothing short of amazing, in terms of the support and flexibility he has shown over the years, in relation to my condition. We now want to ensure that this understanding and support is replicated throughout our business culture, for our existing and future employees.

If you’ve reached this point, you’ve stuck with me for a long blog post and I’m very grateful for that! If the content of the post, or the premise of the campaign, has resonated with you, why not speak to your employer today and ask them: Are You IN?

You can read about the campaign at: www.noteverydisabilityisvisible.org.uk or why not sign-up your own employer and find out more today?